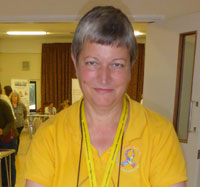 When our daughter was 2 ½ years old it was noticed her behaviour was becoming challenging. After many visits to various professional bodies

When our daughter was 2 ½ years old it was noticed her behaviour was becoming challenging. After many visits to various professional bodies we finally obtained a diagnosis when she was 7.

During this time we came into contact with the Forum, and gained support and advice from existing members. I am a great believer in passing information on, as you can often feel isolated when not receiving the full facts.

In 1999 I became the second secretary for the group, and have been involved as it has grown in size and momentum, although it is frightening how diagnosis still remains a huge issue.

Now I feel in 2017 it is time to step down as secretary but am planning on becoming more involved with the older ASC person.

When our daughter reached 18 the respite and organisations we were involved with all ended and we were left with no help and no-one to turn to. Thankfully after 6 years we were back on the ladder and our daughter is now in supported living, but we still see her most weekends and having had respite during the week can enjoy her company more.

During this transition we have had many emotions, but looking back at some of the challenges I realise how we have progressed. Living with ASC can often seem negative, but there are many strengths and positives which often get buried with the anxieties. Having the support of others has been a lifeline, and one I would very much like to be involved with sharing with other families.